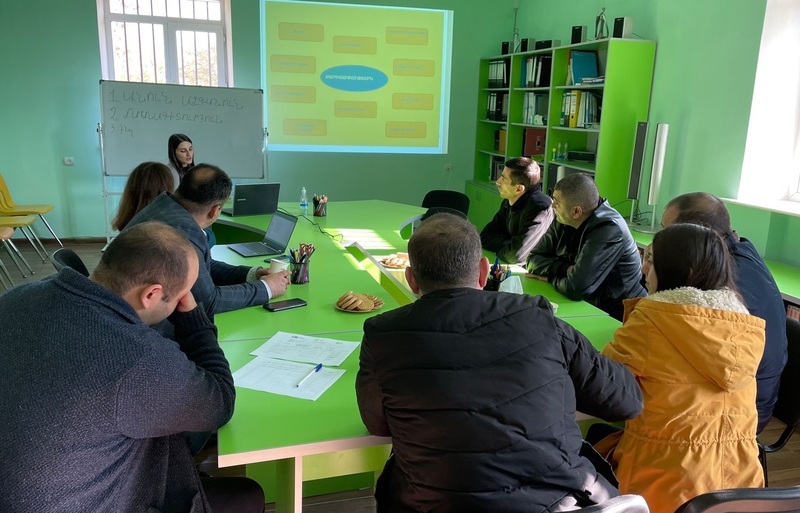 On November 23, a member of the Corruption Prevention Commission, Lilit Aleksanyan, held a cognitive working discussion with representatives of local self-government bodies and organizations representing civil society at Ararat InfoTun.

During the meeting, the elements of the integrity system in the sense of the Law on Public Service were presented to the participants, and a number of details related to the topic were discussed.

During the discussion, the participants presented some of the problems existing in the communities, which related to the declaration process at the local level and the applicability of the Model Rules of Conduct of Public Servants developed by the Commission.

Lilit Aleksanyan presented to the participants the directions for solving the problems raised in the framework of the Commission's activities and the toolkit aimed at preventing corruption in that context.

The discussion was organized by Ararat InfoTun within the framework of the "Support to civil society for impact on reforms" program.

The program is implemented by Eurasia Partnership Foundation with the support of the Sweden government.