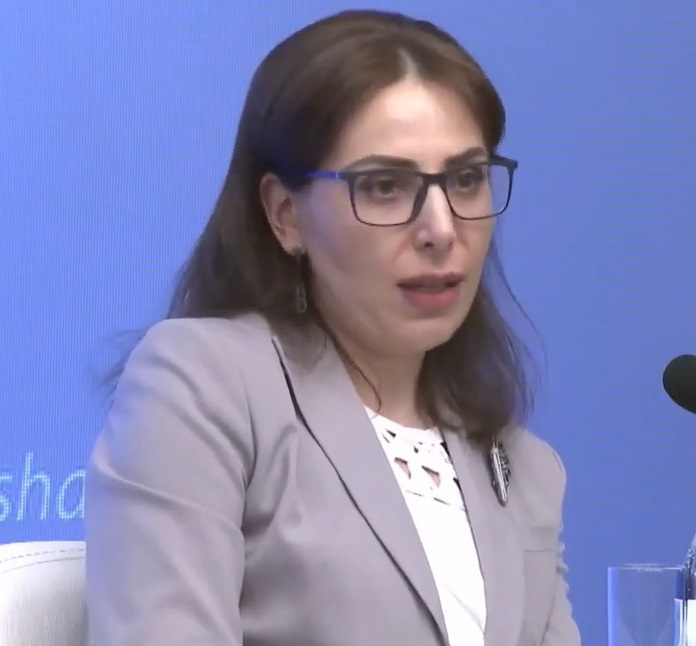 The Chairwoman of the Corruption Prevention Commission Haykuhi Harutyunyan participated at the Armenian Forum of Democracy event, which was organized by Freedom House and Union of Informed Citizens NGO within the framework of the Promotion of Democratic Culture in Armenia program.

Haykuhi Harutyunyan thanked for inviting her to the Armenian Forum of Democracy.

“As a long-time advocate of the rule of law, human rights and democracy it is a great honor for me to be a speaker. The establishment of democratic institutions in the Republic of Armenia is really put on an active basis, a culture of public administration is being formed where people holding public office at the individual level are accountable effectively and the state system shows high susceptibility to corruption.’’

Haykuhi Harutyunyan presented the most important achievements of the Commission since 2019. According to her within the framework of the judicial reform process the Commission has an essential role, at least two of the best mechanisms for its implementation are already producing results.

“It is already the second year that the process of integrity checking of public officials has been applied in Armenia. We have checked the integrity of 375 candidates for public office, most of whom were newly appointed judges. Whether the conclusion of the Commission has an advisory nature, but the facts presented under it are quite strong, the decision-making body is able to ensure a process in the appointments so that corruption risks do not penetrate into the system.”

“As a collegial body, the five-member decision-making scheme ensures that sufficient counterbalances are formed within the Commission so that processes determined by the decision or preference of one person do not take place within the institution.”

According to her, the tendencies to prevent possible corruption risks in the activity of the prosecutorial system are of key importance in the process of integrity check.