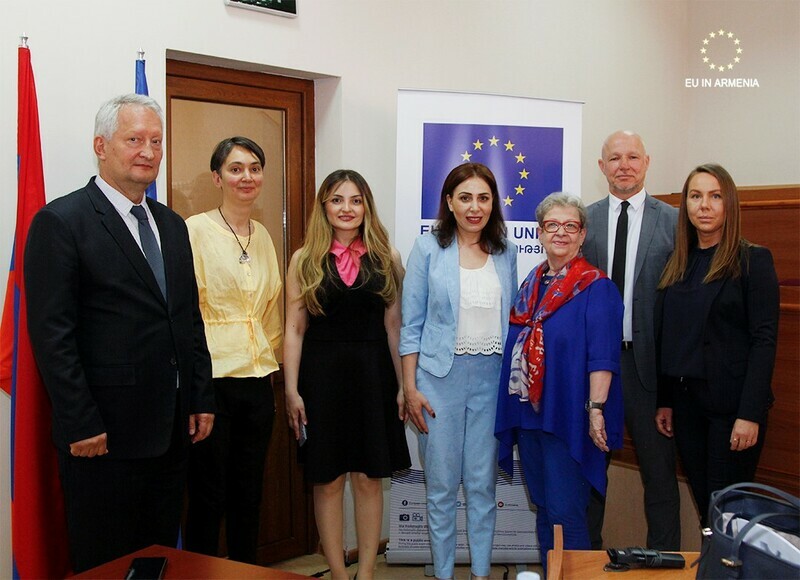 On June 13, 2022, the Academy of Justice hosted the grand opening of the EU Twinning Program ‘Fostering integrity and preventing corruption in the public sector in Armenia’.

The Head of the EU Delegation to Armenia, Ambassador Andrea Victorin, the Ambassador of Germany to Armenia Victor Richter, and the Chairwoman of the Corruption Prevention Commission Haykuhi Harutyunyan made speeches.

In her speech, Andrea Victorin noted that the Republic of Armenia has significantly improved its position in several areas in the fight against corruption, as evidenced by surveys conducted by international organizations.

"Armenia's rating has made significant progress. We welcome the Twinning program to continue this tendency, which will be a stimulus to put the fight against corruption on a more institutional basis in Armenia," said Andrea Victorin, EU Ambassador to Armenia.

In his speech, the Ambassador Extraordinary and Plenipotentiary of Germany to Armenia Victor Richter emphasized the Twinning program, which is aimed at developing the institutional capacity of the Commission and establishing integrity structures in organizations with state participation.

The role and the adopted value system of the European Union are emphasized in the fight against corruption in the Republic of Armenia. According to Haykuhi Harutyunyan, the Chairwoman of the Commission, It is important for Armenia to implement systematic changes, which are aimed at complementing all the imperfect aspects of corruption prevention.

“It is very important to establish the basic principles of governance in order to organize the policy effectively. It is really important for us that Armenia occupies even more advanced positions in the international rankings․ We carry out daily consistent work in this direction. We want to see our country at a point where the determination to become more moral for the citizens of Armenia will be a fundamental principle," said Haykuhi Harutyunyan and added, that the EU Twinning program with its 4 components is a very important and long-awaited program for the Commission. Since the establishment of this structure, a number of preparatory works have already been carried out to organize it at a proper level.

After the opening speeches, Ingo Sogratz, the Head of the EU Twinning Program ‘Fostering integrity and preventing corruption in the public sector in Armenia’ and Diana Stepina, Project Coordinator, presented the main directions and some features of the program.