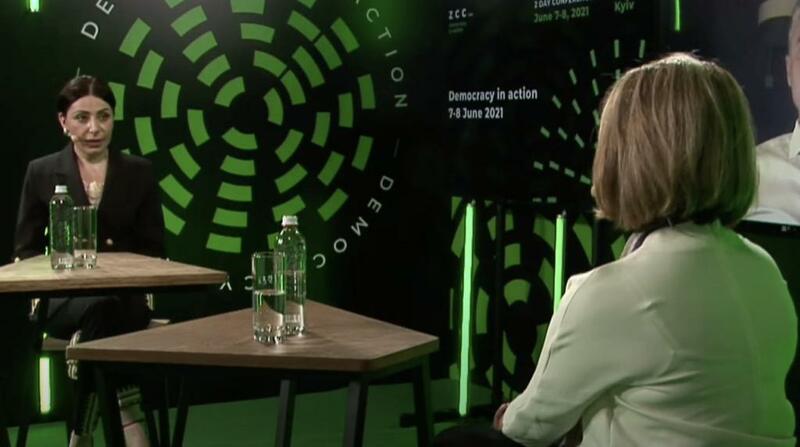 Haykuhi Harutyunyan, the CPC Chairwoman, was a key speaker at the conference and presented Armenia's recent experience, challenges and progress in combatting corruption. She noted that after the peaceful transformation of power in 2018, Armenia decided to ensure that the system of asset declarations by public officials serve an effective instrument to prevent corruption in the country. “In late November of 2019, the Government established a completely new institution for the country – the Corruption Prevention Commission, and empowered it to prevent systemic corruption in the country. At this moment I believe, that Armenia has one of the most highly effective and transparent systems of  monitoring asset declarations which could serve as a model for other countries seeking to improve corruption prevention measures”.

According to the CPC Chairwoman, state officials in Armenia take the declaration system very seriously. “Once the Commission was established, the focus was on analyzing asset declarations submitted by the members of the Supreme Justice Council, as well as the members of the Constitutional Court of the Republic of Armenia. Approximately 250 asset declarations have been analyzed thus far by the CPC and appropriate actions have been taken”.

Ms. Harutyunyan noted that as a part of the large-scale reforms adopted by the Government in the fight against political corruption, the CPC will create a declaration system for political party members and party financing beginning from 2022. “Political parties and their members in Armenia will be obliged to declare their assets, income and any ties and relations with  business, as it is done by public officials. We are working very hard to have the electronic system in place and to execute it in a way that it really gives us the opportunity to clean-up the system in a way that the political influence and political power are never merged with the business to create an oligarchic system in the country. We aim to prevent oligarchic governance in the country but at the same time encourage political party members to serve the public interest”.

Following the Conference CPC Chairwoman Harutyunyan and fellow CPC Commissioner Lilit Aleksanyan held intensive working meetings with representatives from Ukraine’s anti-corruption agencies. Notably, Armenia and Ukraine, over the past few years, have created a new, holistic, anti-corruption infrastructure including prevention and enforcement agencies as well as anti-corruption courts (in the case of Armenia, the anti-corruption court is still in the process of being created by law).

In particular, the CPC held in-depth discussions and exchanged experiences with their counterpart agency in Kyiv, the National Agency for Prevention of Corruption (NACP). The visit included presentations on the NACP mandate and detailed discussions regarding various aspects of practical implementation. The Commissioners also provided insights on the current state of affairs and the achievements of the CPC since its establishment. Both the CPC and NACP feature asset declarations, political party finance monitoring and corruption risk mitigation across their respective country’s line ministries, municipal governments and state-owned enterprises as essential corruption prevention measures and as keys to building an “integrity system” in the public sector.

The Armenian delegation also met with the Ukrainian High Anti-Corruption Court head Olena Tanasijevich. The purpose of the visit was to get acquainted with the history of the creation and organization of the court, to learn about the main challenges of its operation, as a similar court is planned for Armenia in 2022.

In the final part of their visit, the CPC members had an introductory meeting with the State Financial Monitoring Service. The importance of cooperation between countries and different oversight agencies to combat money laundering threats, including corruption, were emphasized from both sides. Innovative approaches in mitigating illicit financial flows, including through cryptocurrency, were also discussed during the meeting.